Out of Bounds (Rule 18) (White posts and White lines)
a) A ball lying in or beyond any boundary fence or ditch, and the boundary to the left of the 15th hole bordering the 16th green. The hedge line will form the boundary.
b) Car park, entrance drive and flower beds around the club house
c) Left of the 9th fairway, left of the 10th fairway and the paddock on the right of the 17th fairway
d) Club house patio and practice putting green, chipping green and bunker.

a)  All penalty areas are marked with Yellow or Red posts.  Where a hedge & ditch are combined the hedge will be deemed part of the penalty area.

b)  A provisional ball must be played under Rul 18.3 when it is not "known or virtually certain" that a ball is in a penalty area.

When playing the 5th hole, as an extra relief option for the penalty area at the back of the 5th green adding one penalty stroke, a player must drop a ball in the nearest dropping zone to either side of the penalty area.  The dropping sone is a relief area under Rule 14.3.

When playing the 10th or 15th holes, where a ball lies on the path bordering the 10th green between the defined Drop Zones, the player must take a free relief by dropping the original ball or another ball in the nearest dropping zone to where the ball has come to rest.  The dropping zone is a relief area under Rule 14.3.3

When notified that Preferred Lies are in force a player may take free relief by placing the ball within 6 inches on the fairway/closely mown area.

In all cases the relief must be no nearer the hole and the ball may be cleaned.

If the ball is to be replaced the procedures under Rules14.2b(2) and 14.2e must be applied.

Interference does not exist if the aeration hole/slit/crack/drainage channel only interferes with the player's stance, or on the putting green, with the line of play.

Young Trees
Young trees, defined as one which is protected by a stake, rabbit guard or less than 2 club lengths in height, are no play zones. If a player’s ball lies anywhere on the course other than in a penalty area and it lies on or touches such a tree or such a tree interferes with the player’s stance or area of intended swing, the player must take relief under Rule 16.1f

The player also has these extra options to take relief when such immovable obstructions are close to the putting green and on the line of play:

Ball in General Area. The player may take relief under Rule 16.1b if an immovable obstruction is:

Roads & Paths
All roads and paths on the course, even if not artificially-surfaced, are treated as immovable obstructions from which free relief is allowed under Rule 16.1.

Restrictions on Use of Specific Equipment

Groove and Punch Mark Specifications
In making a stroke, the player must use clubs that conform to the groove and punch mark specifications in the Equipment Rules that took effect on 1 January 2010.  An Equipment Database of fairway woods, hybrids, irons and wedges which have been tested for conformance to the current Equipment Rules is found at RandA.org.  Penalty For Making a Stroke with Club in Breach of this Local Rule: Disqualification.
There is no penalty under this Local Rule for carrying but not making a stroke with a club which does not conform to these groove and punch mark specifications. 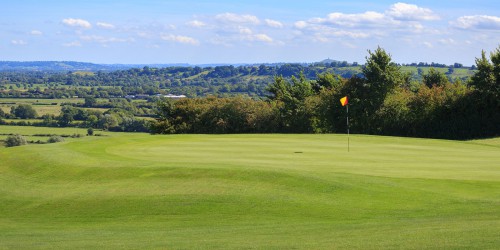 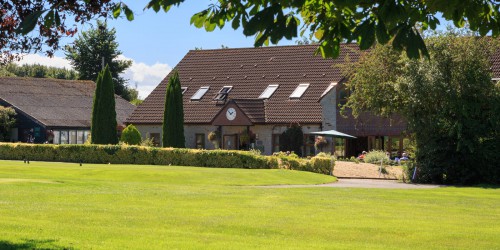 Limited membership of the club is still available please visit the membership page for more information. 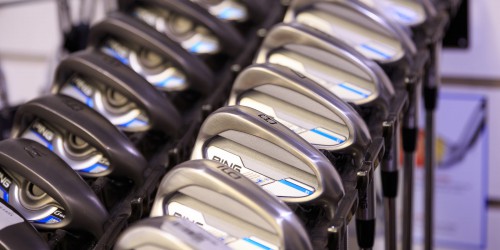 Our resident PGA Professional has a well stocked pro shop and is also able to offer lessons plus an indoor studio for teaching and custom club fitting centre.